PRESENT: ANOTHER STEP FORWARD IN THE AGRICULTURAL MACHINERIES’ AND COMBINE HARVESTERS’ INDUSTRY
In 2009 the company felt as a need the one of publishing its website. Agricultural word was evolving faster than before and Lino Paglia wanted his clients to be able to watch his Second-Hand Market Shop: combine harvesters, tractors, poplar’s equipments, atomizers and weeding machineries, drills, ploughs and… even more.

In 2011 Laverda became part of AGCO Group and Paglia Lino started his adventure as dealer AGCO. In this way he continued to sell Laverda and completed his offer with Valtra tractors.
The post-selling service became more functional and lead time shorter.
From 2014 Paglia Lino offered spare parts for DBF or DBF Energy srl (Commessaggio) bars.

With the proposal of helping his costumers and a mission of continuously improving his business, from 2015 Paglia Lino embraced a new reality: long time rental that involves agricultural machineries he proposes in the Show Room settled in Pilastro of Marcaria.

Trying to enlarge his market’s share, in 2016 he publishes a new website, a shop on Subito.it and Agriaffaires, platform for used agricultural machineries.

SINCE 1963 IN THE EMPLOY OF AGRICULTURE

Our company deals with new and used agricultural machineries’ buying, selling and repairing. We also offer our costumers a qualified assistance for what concern the best brand of combine harvesters, tractors, agriculture’s equipments and accessories.

Owner Lino Paglia has a long experience in this industry. This experience, combine with a very huge professionalism, makes his business one of the most important reality in the industry, not only in Mantova and Cremona. The history begins from far and it’s important to be told.

Rino and Remo Paglia first got an internship at a local dealer, than they decided to open their own business. It was 1963; the sector was moving its first steps toward mechanization and modernity and they started the business in San Matteo d/Chiaviche, near Mantova. In that little town agriculture and breeding were and still are considered cutting-edge fields.
The brothers started with Carraro Tractors, then they continued with Same (from 1972 to 1984). From now on they majored in poplar’s equipments through working for Tifone, a brand Lino is still offering his costumers.
Back to the tractors, in 1984 Lino and Remo Paglia became Lamborghini dealers. They worked with this brand till 2001, when they gave Lino Paglia their seats. Continuity, tradition and innovation are the emblem of the choice.
In 2003 Lino Paglia launched a Show Room (600mq) in Pilastro of Marcaria, with a great area for working which counted about 2200mq. In 2007 Lino Paglia started a new adventure and became dealer Laverda in Mantova and Cremona: the history with combine harvesters has begonnen. Winning choice, as a matter of fact in 2008 Lino won the prize as Laverda best dealer.

BEYOND 50 YEARS OF HISTORY IN AGRICULTURAL MACHINARIES’ INDUSTRIES

Since 1963 our company deals with new and used agricultural machineries’ buying, selling and fixing. We also offer our costumers a qualified assistance for what concern the best brand of combine harvesters, tractors, agriculture’s equipments and accessories. Success history of decades, starting from Mantova, we arrived in the rest of the world.

YOU CAN ALSO FIND US ON: 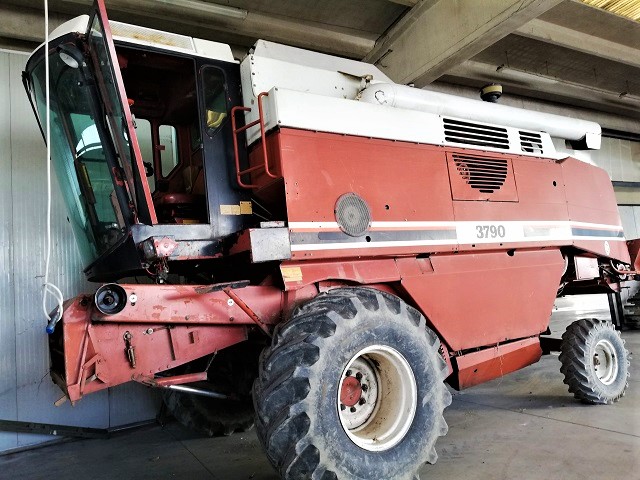